Home Lecturer Why are ethics important in academic culture?

Higher education is an exclusive environment. The campus is a separate community or society called the academic community. There are activities and rules in campus that are different from other environments. Therefore, the campus becomes a kind of academic institution and the interweaving between campuses has a distinctive atmosphere, namely the academic culture. The characteristics of the academic community are critical, objective, analytical, creative and constructive, open to accept criticism, value time and scientific achievements, free from prejudice, dialogical partnership, have and uphold academic norms and morals as well as scientific, dynamic, and future-oriented traditions.

The most valuable property rights for a university are freedom, autonomy, and academic culture. Academic culture can be understood as a totality of academic life and activities that are lived, interpreted and practiced by citizens of the academic community, especially in educational institutions. Academic culture is more likely to be directed towards campus culture which not only aims to improve intellectuals, but also honesty, truth and devotion to humanity, so that overall campus culture is a culture with positive character values.

These main values of character actually become the main support in the process of creating an academic culture. Academic culture itself is a universal culture that should be possessed by everyone who involves himself in academic activities. This culture should be inherent in all high-ranking academics, be it lecturers or students. Basically, academic culture also refers to the way of life of a plural and multicultural scientific society that is housed in an institution that bases itself on the values of scientific truth and objectivity.

The discussion about academic culture will lead us to a keyword that is the basis for the next discussion, namely ethics. The term of ethics comes from the Greek, “ethos” which means way of thinking, habits, customs, feelings, attitudes, characters, moral dispositions or customs. There are three meanings that can be used for the word of ethics. The first meaning is a value system or as values or moral norms that become guidelines for a person or group to behave and act. The second meaning is a collection of principles or values related to morals. The last meaning is the science of good and bad that is accepted in a society, being the subject of systematic and methodically researched reflection.

The words ethics, and morals refer to the problem of good-bad, straight-bent, right-wrong and the existence of deviations or violations of practice are no longer caused by factors that are beyond human control (force majeur), but rather due to the increasing lack of ethical understanding that underlies human behavior. Meanwhile, many people have hoped for educational institutions to not only provide knowledge or skills to students, but also to understand and form soft skills such as character, attitude and behavior (attitude) ) in everyday life. These three aspects will eventually become the basis for the formation and assessment of a person’s competence as a result of an educational process. Ethical terms are terms that have a meaning, namely an understanding of wrong and right, or bad and good. This statement must be understood as traditional values that although seem conservative because they contain elements of honesty, integrity and attention to the rights and needs of others, but are very appropriate to be used as “standards” in assessing and considering academic ethical issues, which in essence uphold scientific truth.

In the context of human social, this ethic is then embodied in the form of a written code of ethics, which is systematically created based on existing moral principles, so that at the time of need it can function as a basis for determining all kinds of actions that are logically-rational general (common sense) are judged to deviate from the rules, and / or codes of ethics that govern them. Thus, academic ethics can be interpreted as a provision that states good behavior or bad from members of the higher education academic community, when they do or interact in activities related to the realm in the learning process.

Academic ethics needs to be upheld to create an academic atmosphere that is conducive to the development of universities according to predetermined standards. University is an academic community whose work mechanism will be bound to ethics-morals to carry out the mission and duties. The academic community of university consists of three groups, namely students, lecturers, and administrative staff. They build the institution and interacts naturally in the academic culture to achieve one goal, namely educating students in their intellectual, emotional, and devotion aspects. As a consequence, academic ethics in universities must also involve these three elements. If there are no students, lecturers do not mean anything, if there are no lecturers, it does not mean anything, and if the administrative staff are not there, students and lecturers cannot organize the learning process properly anyway. In carrying out the roles of university (education / teaching, research and community service), all elements of the academic community will be bound to academic ethics.

Departing from the above idea, it can be stated that the ethics are essentially as follows:

As an example of good practice, several academic ethical standards can be put forward, represented as lecturer ethics and student ethics, which will provide quality assurance of the lecturer-student interaction process and a conducive academic atmosphere, as follows;

Lecturer is a noble choice of profession and is consciously taken by someone who wants to be involved in the process of educating the nation’s young generations. For this reason, lecturers are required to always improve their competence and quality within the framework of implementing teaching, research and community services in a sustainable and responsible manner. In this regard, a lecturer must comply with several academic ethics that apply to lecturers when carrying out their obligations and responsibilities. If necessary, academic ethics (lecturers) are reported to be binding regulations or employment contracts, and followed by academic and staffing sanctions for those who commit violations. For example, if the main obligation of a lecturer is to improve the cognitive aspects of students by providing teaching, then the absence of lecturers in the learning process that is too often not only violates academic ethics, but also violates regulations, commitments, responsibilities and is very unprofessional. The standard attendance of lecturers to carry out the learning process (for example) is at least 75 – 80%. With sanctions in the event that they are not met, the courses he takes care of cannot be tested. The same applies to students (contained in academic rules). absences less than a minimum percentage will cause the person concerned to be not allowed to take the exam.

Another practical example of the implementation of lecturer ethics, namely in academic activities a lecturer is obliged to appreciate and recognize scientific work made by others (including students). In accordance with this ethics the recognition of the property rights of others as one’s own unlawfully, which in academic works is known as plagiarism, is considered fraud, theft and contrary to academic morals. This violation of intellectual property rights is not just a minor academic ethics violation, tolerable and quickly forgotten, but is already a gross violation with sanctions up to dismissal.

As is the case with lecturers, students as one of the elements of the academic community who are objects and at the same time subjects in the learning process also need to have, understand and heed academic ethics, especially when they are interacting with lecturers and other fellow students when they are in a campus environment. University students have a number of rights, various obligations and some prohibitions (plus sanctions when violated) while in the academic environment. One of the rights of students is to receive education / teaching and academic services according to their interests, talents, and abilities. Students have the right to be able to obtain academic services and use all available infrastructure and facilities for student activities to channel their talents, interests and self-development.

Student activities such as fostering scientific attitudes, social life attitudes, leadership attitudes and honest attitudes are co-curricular and extra-curricular activities that aim to make students more competent and professional. It is not enough for students to have knowledge, skills, but also a good mental attitude. In order to improve competence, students are not enough to only master science and technology as an illustration of the level of cognitive and skill abilities, but must also have a professional attitude, as well as a complete personality. Therefore, it is considered necessary to have a guideline that can be used as a signpost, ethical standard or order of attitude and behavior in the campus environment, which contains outlines of moral and ethical values that reflect a religious, scientific and educated campus society. As a mirror of an academic society that upholds human values and decency, students are obliged to respect themselves, others, and the academic environment in which they will interact in the learning process.

In addition to rights, students are also bound by various obligations and provisions that have been regulated in academic regulations. For example, the right to academic freedom in the process of studying, must also be followed by the responsibility that everything remains in accordance with ethics, moral norms and rules that apply in the academic environment. Likewise, the right to be able to use the facilities / infrastructure of curricular activities (educational facilities, laboratories, libraries, etc.) must also be followed by the obligation to maintain, maintain and use them efficiently. All forms of vandalism not only show deviant behavior, violate norms / ethics and manners, but also reflect an attitude of immaturity that can interfere with the realization of a conducive academic atmosphere.

As well as lecturers and students, administrative staff is also one of the searches for the academic community which has a very important role for the smooth running of the academic process. The staff has a function among which is to regulate all activities related to the administration and registration of students and lecturers. In addition, the staff has a function as a facilitator who prepares all the needs and needs of the academic process. As one of the parts that plays an important role in academic culture, staff have their own code of ethics as servants in the campus environment. One of them is to serve all the administrative needs of lecturers and students well. Good in this case it includes being able to communicate well, and being friendly.

How to build a strong academic culture? 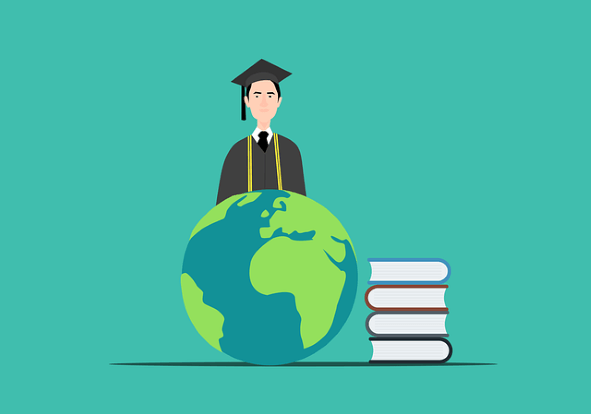 How to build a strong academic culture?

How to deal with journal article refusal?

Managing universities with the Dunlop principle

The 4 main pillars of education